Inpatient psychiatric and medical settings are high-risk settings for suicidal behavior. Prior work by the VHA identified characteristics of such settings amenable to modification (e.g., availability of sharp objects) to reduce suicide risk among hospitalized patients leading to the development of the Mental Health Environment of Care Checklist (MHEOCC). 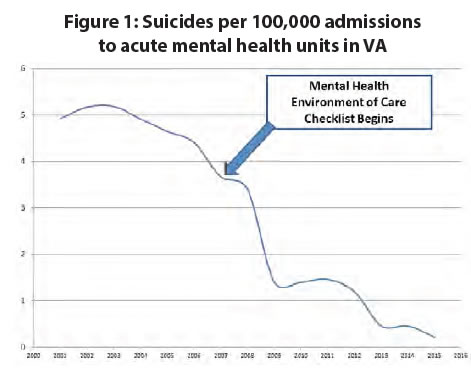