Lethality of Suicide Attempts by Method 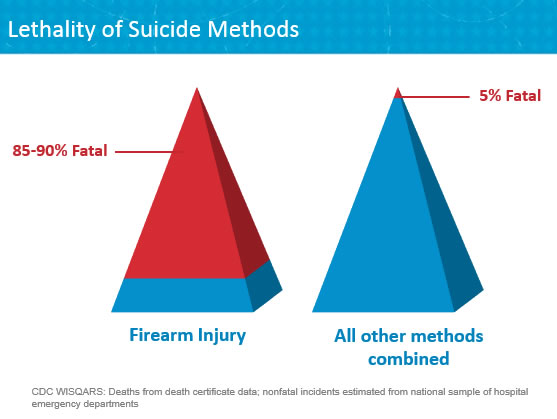 For a Veteran in crisis, limiting his or her access to lethal means during a critical period can make all the difference.

Data from, the 2015 National Firearm Survey show that a majority of US Veterans, including gun owners, agree that it is ‘at least sometimes’ appropriate for clinicians to talk about firearm safety with their patients. (Betz et al. Annals of Intern Med. 2016;165(8)) 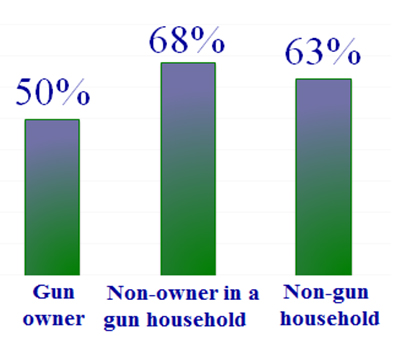