Fellowship Training Faculty
Accepting Fellowship Applications for 2020-2022 Training Year
Dr. Sarra Nazem earned her Ph.D. in Clinical Psychology from West Virginia University in 2013 following the completion of a clinical internship at the VA Palo Alto. She then joined the Rocky Mountain MIRECC as a fellow in the VA Advanced Fellowship Program in Mental Illness Research & Treatment. After completing her fellowship in 2015, Dr. Nazem joined the Rocky Mountain MIRECC staff as a Clinical Research Psychologist.
Dr. Nazem's research, teaching, education, and clinical specialization is focused within the field of suicidology. Her research program utilizes innovative methods (e.g., development of pioneering assessment tools, leveraging of technology) to provide empirical data informative to both upstream and downstream suicide prevention approaches. She has conducted studies that inform our understanding of the mechanisms underlying the development of the acquired capability to inflict lethal self-injury, as well as studies examining the association between suicidal behaviors and factors such as TBI, chronic pain, insomnia, nightmares, and incarceration. Dr. Nazem is currently finishing data collection for two randomized controlled trials examining the use of a computerized cognitive behavioral therapy for insomnia in two Veteran populations.
In addition to her research, Dr. Nazem is overseeing the national efforts behind the development of suicide postvention resources for the VA and is a consultant for the VA Suicide Risk Management Consultation Service, where she specializes in older adult and suicide postvention consultation. She serves on both the Rocky Mountain Regional VAMC Internship Training Committee and the MIRECC Post-Doctoral Training Committee where she supervises and mentors interns and fellows. Dr. Nazem also holds an academic appointment with the Departments of Psychiatry and Physical Medicine and Rehabilitation at the University of Colorado School of Medicine.
Year of Licensure: 2015
Clinical and Research Interests: Suicide risk assessment and consultation; Suicide Postvention; Posttraumatic Stress Disorder; Geropsychology; Acquired capability of suicide; Behavioral assessment of suicide; Sleep and suicide
Statement about Research Program: Dr. Nazem's research program has focused on the identification of risk factors for suicidal behavior, with a specific emphasis on factors associated with the acquired capability to enact lethal self-injury. Dr. Nazem has developed a new set of suicide-specific stimuli (Self-Directed Violence Picture System: SDVPS) that will serve as a new tool by which researchers can begin to gather additional empirical evidence on the construct of fearlessness about death and dying. Future projects include the development of experimental paradigms to assess objective measurements of suicide risk and examining the role of suicidal imagery in fearlessness about death and dying. In addition to investigating underlying mechanisms of suicide risk, Dr. Nazem has a secondary interest in the association between sleep disorders and suicide risk. In April 2017, Dr. Nazem received a grant from the Military Suicide Research Consortium (MSRC) to study a computerized cognitive behavioral therapy for insomnia in OEF/OIF/OND Veterans. Dr. Nazem has also received funds from the Veterans Health Administration (VHA) to conduct similar research in a rural Veteran population.
Available Project(s) for Fellows: Dr. Nazem is seeking a Fellow that would be interested in working on projects that extend the validation of the SDVPS to samples at risk for self-directed violence (e.g., recent suicide attempters) and who are interested in collaboratively developing new behavioral paradigms that incorporate the SDVPS. In addition, Fellows that are also interested in the association between sleep and suicide, as well as developing and disseminating suicide postvention resources, are encouraged to apply.
Throughout the course of fellowship, Fellows would be invited to work with Dr. Nazem on several manuscripts including: examining the association between various behavioral indices of suicide risk (e.g., Death/Suicide IAT, Suicide Stroop) and the SDVPS; exploring the association between suicide risk factors and fearlessness about death/self-directed violence history; assisting in analyzing secondary outcomes of her RCT data.
Sarra's MSRC profile 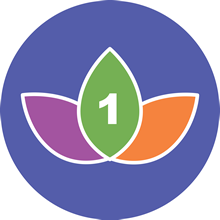 Postvention is Prevention; join our host Dr. Sarra Nazem as she and Dr. Jack Jordan lay a foundation for understanding what suicide postvention is, what it entails, who it is for, and why it is essential to a comprehensive suicide prevention plan. Jack Jordan, PhD is a clinical psychologist, grief therapist and published researcher in the field.

Listen to the Postvention 101 podcast

Additional postvention resources for survivors of a suicide loss can be found at these sites:

Check out future episodes in the podcast series at:
https://www.mirecc.va.gov/visn19/education/media/#PostventionPodcasts

Could improved sleep potentially help prevent individuals from developing suicidal thoughts or behaviors sometime in the future? Rocky Mountain MIRECC Psychologist Sarra Nazem talks with Adam about her clinical work and research into evidence-based insomnia treatments as it relates to decreasing suicide risk. This topic is particularly relevant for providers working with Veterans and military, who experience sleep disturbances at increasingly high levels in the past decade. The good news: though insomnia is highly prevalent among Vets and military, it is also highly treatable. EB interventions such as SHUTi (Sleep Health Using the Internet) capitalize on a combination of high effectiveness and wide accessibility. Join Sarra and Adam as they discuss improving sleep as a way to increase hopefulness, and improve outcomes for other co-morbid conditions.

The podcast is approximately 25 minutes long.

Nazem, S., Matarazzo, B., & Wortzel, H. (2016). Optimizing collaboration and achieving standard of care: A model for therapeutic risk management of the suicidal patient. American Academy of Psychiatry and the Law Newsletter, 41, 25-27).