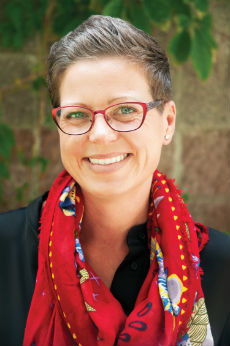 Lena Heilmann lost her sister Danielle to suicide in 2012. In response to this traumatic loss and as a way to honor her sister, Lena transitioned from her role as a college professor to working in suicide prevention. Now, as the Youth Suicide Prevention Coordinator with the Colorado Office of Suicide Prevention, Lena merges her lived experience with coordinating a SAMHSA Youth Suicide Prevention Grant. In this podcast, Lena talks about how her grief and loss survivor identity inform her work and her personal mission. Adam and Lena's conversation also addresses the role of upstream prevention efforts, an overview of suicide prevention work in Colorado, the importance of authentic interpersonal relationships, and how to prioritize self-care when working in the suicide prevention field.