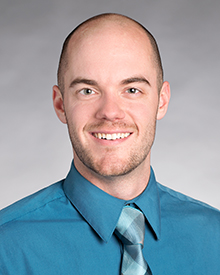 Transgender veterans appear to experience suicidal thoughts, attempt suicide, and die by suicide at rates that exceed that of the general population and their cisgender veteran peers. I spoke with Dr. Raymond Tucker, clinical psychologist and an assistant professor of clinical psychology at Louisiana State University, about his work that attempts to understand this increased risk. Dr. Tucker discusses his recent research regarding gender minority stress (e.g., discrimination, transgender shame, and fear one’s gender identity would be discovered) and their relationship to suicidal thoughts in transgender veterans. Dr. Tucker also discusses his research that indicates access to transition-related medical interventions, such as hormone therapy and gender affirmation surgeries, may protect transgender veterans from thoughts of suicide.

Raymond P. Tucker is a clinical psychologist and an assistant professor of clinical psychology at Louisiana State University. Raymond's research broadly focuses on the enhancement of theoretical models of suicide and suicide risk assessment tools. He has a particular interest in determining current and historical cultural factors that influence suicide risk and resilience in marginalized populations, such as transgender veterans. Raymond has published over 45 peer-reviewed academic articles regarding suicide risk and resilience and has been honored with awards from the American Psychological Association (APA), Scattergood Behavioral Health, and Military Suicide Research Consortium (MSRC).